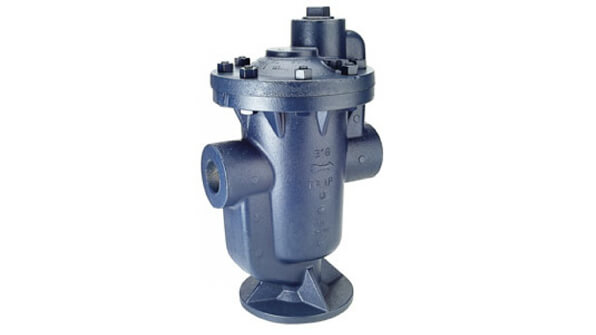 PETROSADID prides itself on providing Standard and Custom Engineered Steam Traps to match our customer’s needs.

Steam traps are a type of automatic valve that filters out condensate (i.e. condensed steam) and non-condensable gases such as air without letting steam escape. In industry, steam is used regularly for heating or as a driving force for mechanical power. Steam traps are used in such applications to ensure that steam is not wasted.

Removing condensate by manually operating a valve is not only very bothersome, but it also leaks steam. As the number of applications that use steam grew, a valve to automatically remove condensate was developed, and this was the birth of the steam trap.

Many different types of steam traps have been developed over the years. At present, it is considered essential that a steam trap, as a type of automatic valve, should have the following 3 features:

2. Does not leak steam even when used for long periods of time

3. Can also discharge non-condensable gases such as air

Depending on the type (operation principle, construction) of steam trap, these features have their relative strengths and weaknesses. Additionally, the modes of operation vary among the different types—there are types that discharge condensate continually and types that discharge condensate intermittently. The combination of these gives each type of steam trap its special characteristics.

Various types of steam trap mechanisms (operation principles) have been developed to automatically discharge condensate and non-condensable gases. The most widely used mechanisms are those that rely on differences in temperature, specific gravities, and pressure. Each of these types of steam traps has its own advantages and applications.

The job of the steam trap is to get condensate, air and Co2 out of the steam heated unit as fast as they accumulate. For overall efficiency and economy, the trap must also have following design and operating consideration 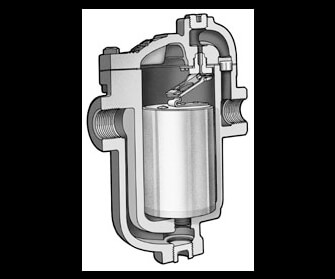 • Condensate reaching the trap will cause the ball float to rise, lifting the valve off its seat and releasing condensate.

• Air vent allows the initial air to pass whilst the trap is also handling condensate.

The Method of operation is shown in a figure

(i) the bucket hangs down, pulling the valve off its seat

(ii) the arrival of steam causes the bucket to become buoyant, it then rises and shuts the outlet. 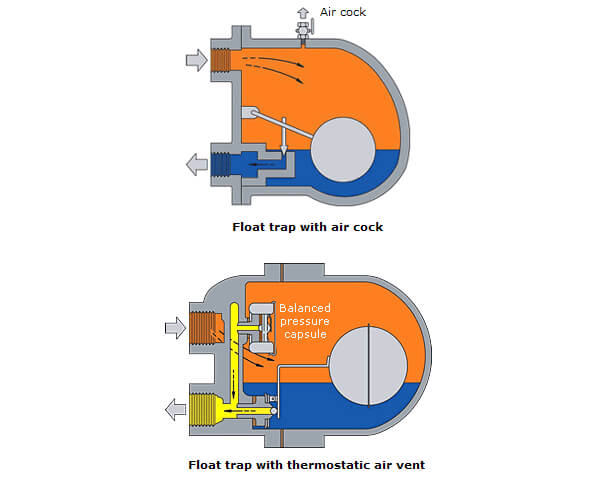 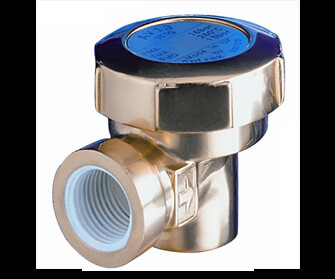 • In the cold conditions that exist at start-up, the capsule is relaxed. The valve is off its seat and is wide open, allowing unrestricted removal of air. This is a feature of all balanced pressure traps and explains why they are well suited to air venting 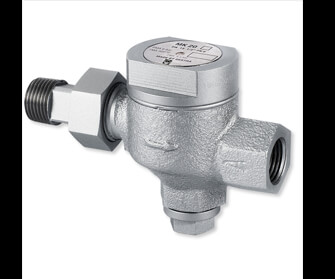 • On start-up, incoming pressure raises the disc, and cool condensate plus air is immediately discharged from the inner ring, under the disc

• The flash steam pressure builds up inside the chamber above the disc, forcing it down against the incoming condensate until it seats on the inner and outer rings

• These are devices containing a hole of predetermined diameter to allow a calculated amount of condensate to flow under specific pressure conditions.

• They don’t have any moving pats.

• In case of a small orifice, the condensate flows with much lower velocity through the opening, the much denser condensate will stop the steam. The consequence of this is, no fresh steam will leak through the trap.

• The impulse trap (as shown in Figure) consists of a hollow piston (A) with a piston disc (B) working inside a tapered piston (C) which acts as a guide. At 'start-up' the main valve (D) rests on the seat (E) leaving a passage of flow through the clearance between piston and cylinder and hole (F) at the top of the piston. Increasing flow of air and condensate will act on the piston disc and lift the main valve off its seat to give increased flow. Some condensate will also

• flow through the gap between the piston and disc, through E and away to the trap outlet

• Although this is bled away through hole F it does create an intermediate pressure over the piston, which effectively positions the main valve to meet the load 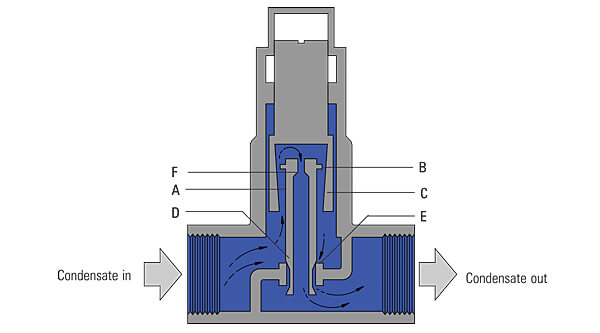